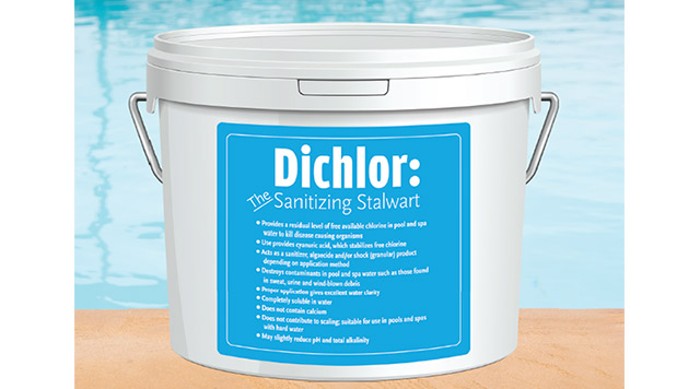 Pool chlorine comes in different forms, which can sometimes make choosing the right type for your pool a little overwhelming.

Dichlor chlorine is one of the most common types, and the chances are you may need to use it to sanitize your pool at some point.

But while this chlorine type has its place in pool cleaning and sanitization, it is essential first to understand what it is all about, its benefits, shortcomings and when to use or avoid it.

Dichlor chlorine is the short form of Dichloro-S- Triazinetrione, and its molecular formula is C3H4Cl2N3NaO5. This compound is one of the 5 chlorine types that you can use to clean and disinfect your swimming pool.

You can get dichlor with water (dehydrate) and without water (anhydrous), but the former is the most common version. Also, it is not possible to spot the difference between these two from appearance.

In most instances, dichlor chlorine will come in granular form, and the SpaChoice 472-3-5081 Chlorine Granules is a perfect example of this. The granular dichlor often comes in either 1-pound bags or large sealable tubs.

Also, you can get dichlor in 1 to 3-inch tablets that look more like hockey pucks and are ideal for those who prefer using automatic chlorinators.

Dichlor will typically have a 6.5 pH, which is almost neutral, and hence when using it, you might need to raise the pH levels to the recommended 7.4 to 7.6 level. Also, depending on whether it contains water or not, dichlor will have between 55% and 62% available chlorine.

How Does Dichlor Work?

Like all other types of chlorine, dichlor will clean and disinfect the pool water through a chemical reaction.

When you add dichlor to the pool water, it reacts to form free chlorine (hypochlorite ions) and hydrochloric acid. These two compounds will attack the contaminants by destroying their cell walls and through oxidation to make them harmless.

The free chlorine is transformed into chloramines when it interacts with the bacteria and other pool contaminants. Chloramines accumulate in the pool, but you can get rid of them through pool shocking, which converts them into a gas.

The Benefits of Dichlor

You will not need to do a lot of prep work when using dichlor as you would with many other forms of chlorine since it dissolves super-fast. Its fast dissolution means you can even add it straight into the pool without first dissolving it in a bucket of water.

Although you might still need to adjust the pH levels when using dichlor, it typically does not change the pH levels a lot. The 6.5 pH is more neutral, and it will be hard to knock off your pool pH from the ideal 7.4 to 7.6 level.

If you have an issue with low cyanuric acid (CYA) levels in your pool, dichlor is your best bet because it contains more of this pool stabilizer.

Read more: How to Raise Cyanuric Acid in Pool

Dichlor stores well, given its long shelf life, meaning you can buy it in bulk to get the best deal and never have to worry about having too much of it left after the swimming season.

The Drawbacks of Dichlor

Dichlor comes with more work for you as you typically need to add it manually. This form of chlorine does not work very well with automated methods such as drip-feed like trichlor.

Although dichlor is still more affordable than other forms of chlorine, such as lithium hypochlorite, it is still not the cheapest option. Dichlor will cost way much more than trichlor

3. Can be Quite Volatile

You will need to take extra precautions when handling dichlor as it is pretty volatile. It can easily explode when you mix it with other pool chemicals such as calcium hypochlorite.

When You Should Use Dichlor

Dichlor is ideal for those with pools that are low in pool stabilizer (CYA). This chlorine type typically has some of the highest CYA levels and can quickly bring your pool’s levels to the required level. It does this while still providing much-needed chlorine for keeping the pool water clean.

When You Shouldn’t Use Dichlor

The high CYA levels in dichlor mean it will not be ideal for daily pool chlorination. Using it every other day leads to a buildup of CYA that will affect the effectiveness of chlorine in cleaning your pool water. These high cyanuric acid levels also mean that dichlor will not be suitable for pool shock as it just causes more problems.

Here are other alternatives you can use if dichlor is not a good fit for your pool.

Trichlor tablets are typically what many pool owners turn to if dichlor does not work for them as they address most of its shortcomings.

These tablets are more affordable and contain less cyanuric acid. Also, they are easier to add as you can automate the process by using an auto chlorinator.

Sodium hypochlorite comes in liquid form, which is why it is also known as liquid chlorine. This dichlor alternative is not stabilized. Therefore, you need to use it together with CYA.

Calcium hypochlorite comes in a granular form like dichlor, and it is an excellent choice for those that want to shock their pools since it does not have any stabilizer. Also, it is a highly volatile substance.

Dichlor is effective at sanitizing pool water and keeping it safe. However, it has its merits and shortcomings, meaning it will not work well for all pools.

If you have a pool with low stabilizer levels, dichlor is a perfect fit for you, given the high cyanuric acid content. However, for pools that already have enough stabilizers and pool owners that want something for daily use, you are better off trying one of its many alternatives. 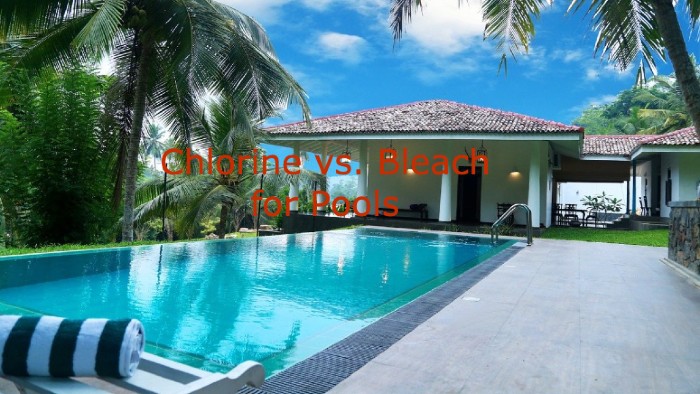 Keeping your pools clean is always a daunting task as you have to fight both elements and all kinds of contaminants from the environment and swimmers. However, the battle is often winnable with the right products. Chlorine and bleach are two of the most common pool disinfectants. While many swimming pool owners use them almost… 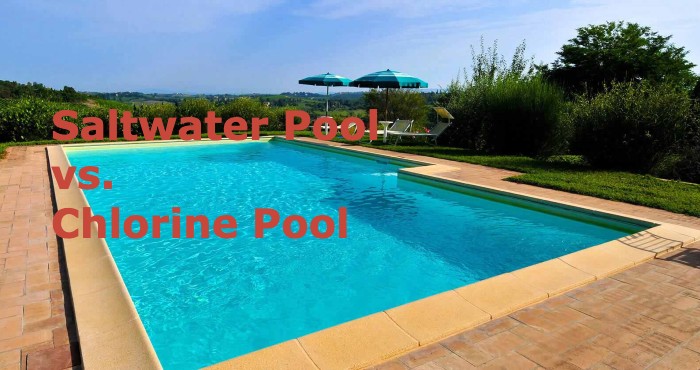 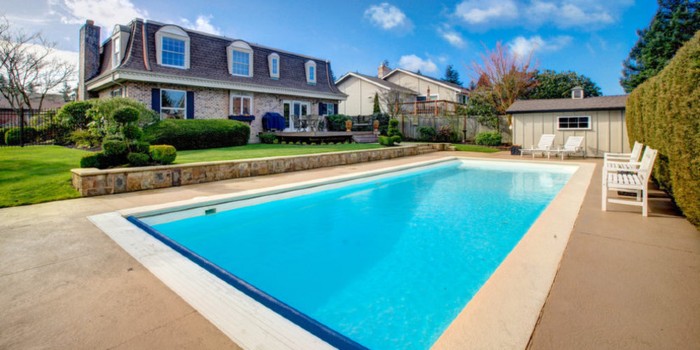 credit: lyonfinancial.net Chorine has been the primary pool sanitizer option for many decades now. But, while it does a good job keeping your pool clean and safe, it has many shortcomings, and so it might not always work well for you. The good news is that several pool chlorine alternatives out there address most of… 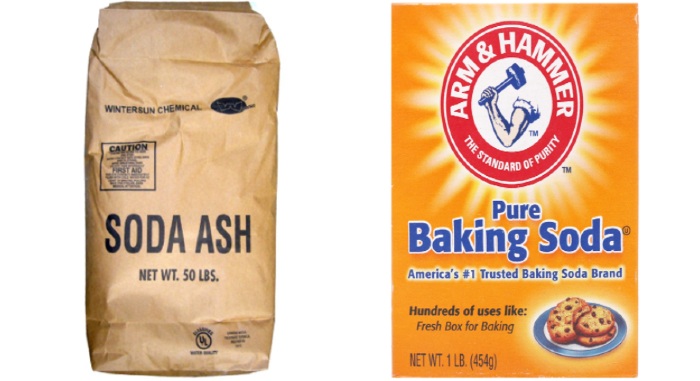 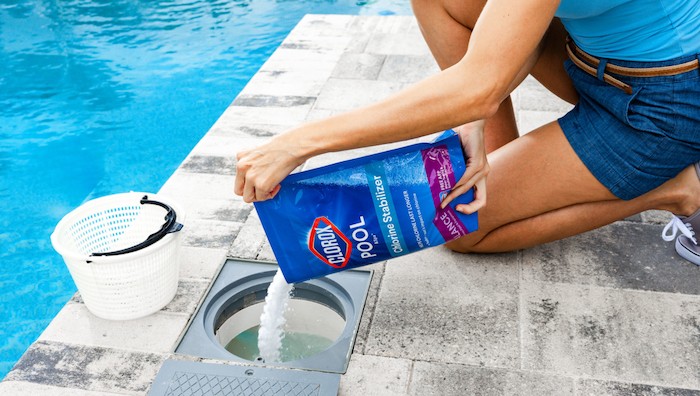 Credit: cloroxpool.com Owning a pool is always an important goal for many homeowners. However, it also comes with a lot of work and requires a massive investment to maintain as you need to keep adding chemicals like chlorine to kill germs and minimize the risk of waterborne diseases. In reality, the main reason you need…

As a pool owner, you have to keep buying chemicals to keep the water clean and sanitized. Also, you need to add some to ensure what is already in there is balance. One chemical you are likely to have to buy at some point is sodium bisulfate. Sodium bisulfate is an essential pool chemical as…